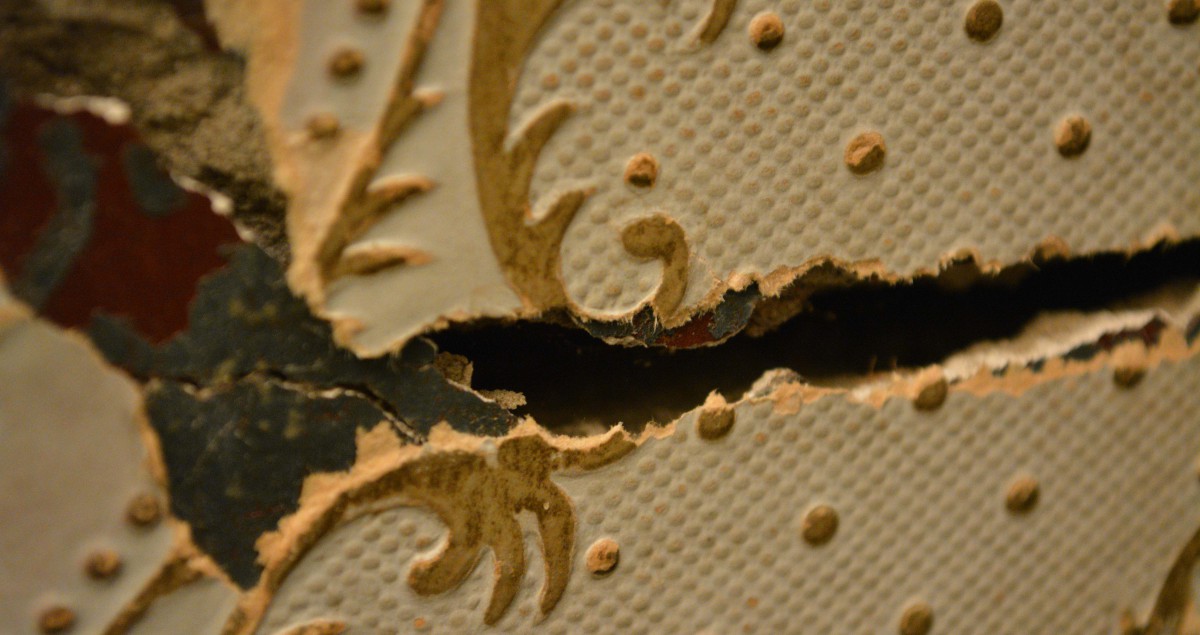 Stripping off the nasty wood-effect cladding in the porch today, we revealed a very large and fairly fat crack in the wall. It wasn’t too much of a shock however – not because we are now numbed to the many nasty things hidden beneath the 70’s renovations – but because the neighbour two doors down had told us only last week that they had found such a crack in their wall (the same one). It is apparently caused by a failure of the Victorian builders to support said wall properly – they had built it directly on the floorboards with no support beneath. The weight of the bricks has caused the floorboards to drop by about an inch (which accounts for the gap below the skirting which has been filled by a previous owner with an extra portion of wood – how did we not notice this before?!), and half the wall has dropped with it. The top half, however, has remained where it was, so the two have separated, and a massive crack has appeared!

We have two options now: 1) support the wall from beneath with some new brick foundations; or 2) remove the wall. The neighbour had removed the wall and put up a stud wall in its place, but we have decided to remove it completely and have an open-plan living area, which would suit our space better. It’s a shame to lose an original feature, but it would give us the extra space we so badly need, and we hope to save the bricks to use elsewhere. As with most of our plans though, this major work will have to wait a while.